This week's post is by Robert McNamara, chair of the WCDP Diversity Committee.

Today I would like to reflect on diversity, specifically as it relates to sexual orientation. Outing someone is a bad practice. It can cause irreparable damage to them. Your place is not to tell someone’s story for them.  However, there is one exception as we have come to understand from Dan Savage:  “It is not only acceptable but necessary to out closeted politicians who regularly cast anti-LGBTQ votes”.

Recently a Tennessee State Representative has fallen into this warren, allegedly resigning because of a Grinder account (gay men’s dating site) linked to him (1).  The now former representative voted yes to dozens of destructive bills from 2011- 2019, including many that were part of the recent “Slate of Hate."  (2)  These incredibly damaging legislative acts have included barring cities from adopting LGBTQ inclusive ordinances, allowing licensed therapists to turn away LGBTQ clients due to religious beliefs (3), and denouncing the Supreme Court's Equality Act (4).

These bills have caused serious damage to the LGBTQ community, and this representative was instrumental in enacting them.

What makes someone so frightened that they are unable to be their authentic self? I understand that being LGBTQ in Tennessee can be very difficult, but it is not impossible. First, you must accept yourself as you are. There are a slew of organizations that are here to help support you, most notably PFLAG.

We have come far in our struggle for respect and equality; sadly it often feels like we have made no progress at all. I personally believe the greatest obstacles we face comes from many churches and society in general where we are still told, sometimes violently, we are wrong and should simply change. They offer horrific solutions such as  “pray the gay away” and conversion therapy, but these methods do not work.  They are extremely damaging to individuals and lead many people to take actions as drastic as the former Rep. and many others have done. This unfortunately is seemingly a ruse to let the folks around them know that they are kindred spirits (not gay).

Until we as a society welcome cultural diversity the cycle will continue to be dangerous to our family members, friends, and neighbors.

It is for these many reasons that we continue to hold Pride Celebrations! Our rights are still under assault, so it is imperative that people from all walks of life march in solidarity.  Diversity is truly our strength! 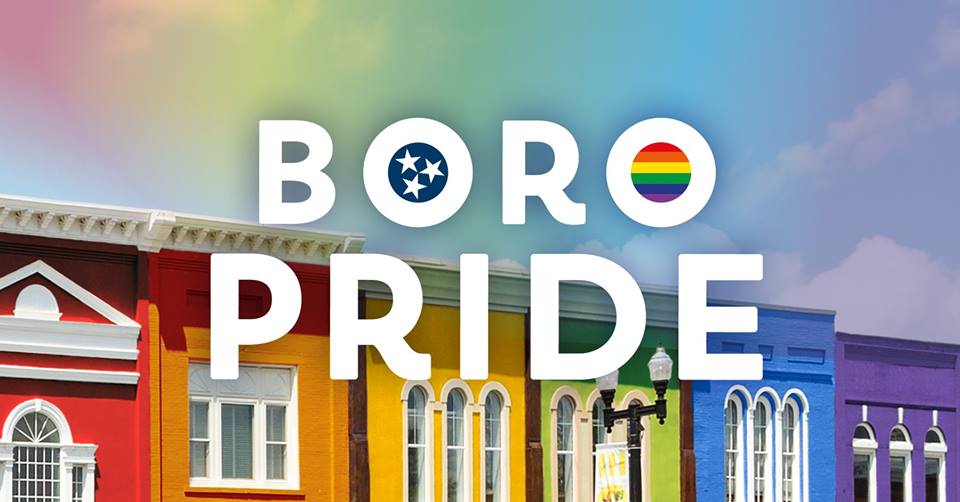 Neighbors Supporting Neighbors!  I invite you to join the Williamson County Democratic Party as we march together with our many friends and family at the Boro Pride Parade in Murfreesboro on Saturday, September 7, 2019 from 5:00 - 10:00 PM.  All WCDP members interested in carpooling to the event should contact me at r9of17@gmail.com

Love and compassion for all,