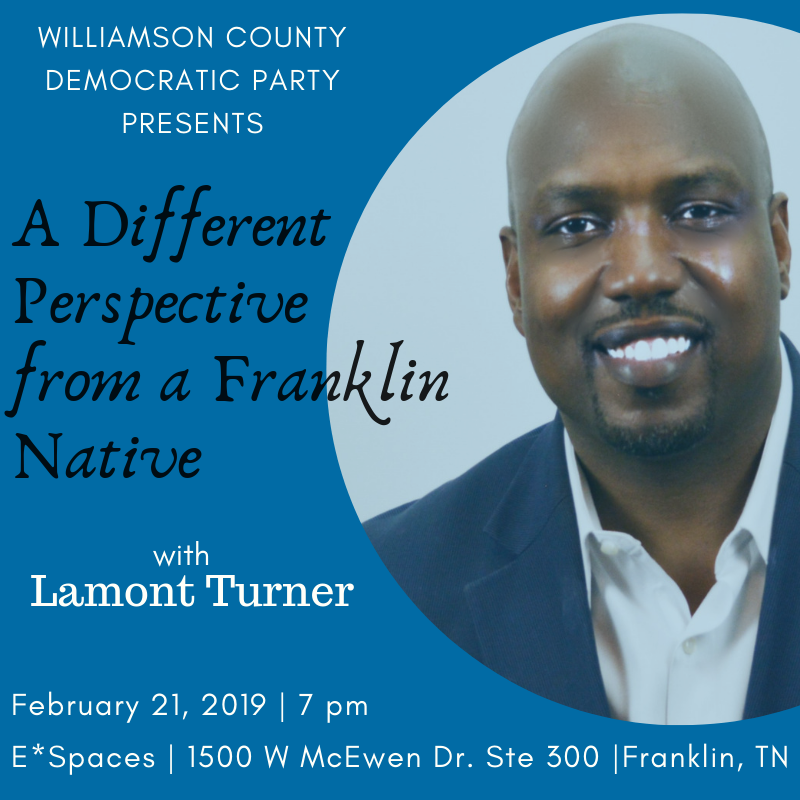 During the last few years, the country has experienced controversy related to Confederate statues and monuments.  In Tennessee, that's extended to our state capital, in which a bust of Confederate General Nathan Bedford Forrest remains displayed.

In Franklin, a group led by several pastors formed after the 2018 demonstrations in Charlottesville, VA, surrounding removal of Confederate monuments, spiraled into riots leading to the death of Charlottesville native Heather Heyer. That group, "A Fuller Story," has asked the City of Franklin for monuments recognizing the roles of the United States Colored Troops; the 1867 Downtown Riot; the Courthouse and Market House, at which slaves were sold; and Reconstruction and Jim Crow in Franklin.

Franklin native Lamont Turner, a graduate of Battle Ground Academy and Vanderbilt University, will join us for Black History Month to provide an in-depth look at Franklin's Confederate statue on the Square. He will discuss his recently published article in The Williamson Herald and explore the cultural normalization of the Confederacy among ordinary citizens growing up in Franklin. (For a full biography of Turner, see below.)

Lamont Turner was born and raised in Franklin, TN to the parents of Mr. Jessie Turner Jr. (Robert Orr Truck Supervisor) and Mrs. Ida Turner (Head Start Teacher).  He attended Franklin public schools before attending Battle Ground Academy where he graduated in the Class of '96. After graduating from the BGA, he graduated from Vanderbilt University in 3 years with 2x Dean's List, 2x All-Academic SEC, Vanderbilt Football Team Captain and Blue-Gray All-Star Football honors. He joined the NFL's Cleveland Browns as an undrafted free agent during the 2000 season. Afterwards, Lamont started his now 17-year medical sales career and currently works for TELA Bio as an Account Manager.  Lamont is also the author of WINNING Beyond the Scoreboard. Lamont currently lives in Franklin with his wife Yuberky and twin daughters, Mia & Leia.

Headway Thursday Sessions take place on the third Thursday of each month and feature energetic and exciting speakers, including political professionals and candidates.  Feel free to bring anyone interested and a dish to share.