Williamson County Democrats and Friends
Let's get together Monday, July 2nd at 6:30pm for Food, Drinks and Music

Make Advanced Donation HERE or at the Door
Doors Open at 5:45pm

For our July 2nd event, we will have a special Williamson County Young Democrats (WCYD) program starting at 6pm.  Bring a friend! 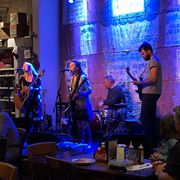 Nashville recording artist and songwriter Liv Noelle pours you a glass of Americana blues/rock soul. Originally from southern Ohio and now proud resident of Franklin, Tennessee. Her songs magnify the dimensions of one's heart and mind.

Liv Noelle on guitar/lead vocals along with her sister Eva on background vocals/bass guitar  together with the band come alive on stage to project the rhythm and lyrics of their soul. 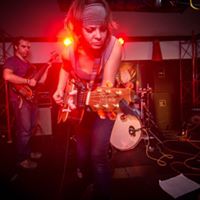 Daphne Culver (chief architect, namesake) went from turning wrenches to turning heads. Her writing and production style utilizes familiar yet unorthodox pop sensibilities in their songs to exercise the demons of life, love and loss that we have all faced or will surely face in the not-too-distant future. The testament of a great song is in its ability to transcend genre and they achieve this not by careful calculation but by simply writing from a place of honesty and experience; reveling in each song's creation and in what the listener will continue to take from them.

When the musical gears begin to seamlessly click and spin together, Daphne & The Mystery Machines communicate with each other through the songs themselves and, in doing so, open a direct channel to the hearts of their audience and unwaveringly transmit a palpable intensity. Their ascension is beginning like the start of a dream and when a dream of music finally appears in color, it sounds exactly like Daphne & The Mystery Machines. 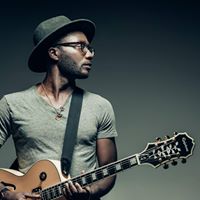 Named one of Nashville's artisits to "Rule 2018" by the Nashville Scene, Bentley Caldwell is known for his crisp, soulful music and suspenseful voice. His captivating lyrics and honest sound are commanding attention from the folk-soul world, which has been desperately lacking an artist of his caliber for too long. Influenced by artists such as Ray Charles and Teddy Pendergrass, his sincere tone resonates similarly with the singing style of John Legend or Amos Lee. Raised in Paducah, Kentucky, Bentley brings his Southern roots to his recently released album “The Place That I Call Home” to create a soulful, emotion-heavy groove.
WHEN
July 02, 2018 at 7pm - 10pm
WHERE
Kimbro's Pickin' Parlor