Williamson County Democrats and Friends
Let's get together Monday, August 6th at 7:00pm for Food, Drinks and Music

If you're 13 to 35 and excited about politics in Williamson County (or just want to learn more), we'd love for you to join us in the back room before the show! 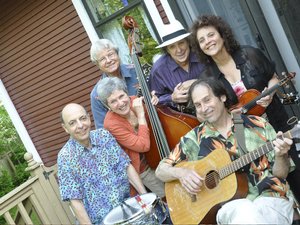 “Something authentic coming out of Nashville that is fresh, real, fun and yet filled with social commentary set to a distinct style of music... Woody Guthrie meets Robert Johnson meets Steve Earle meets Sam Bush meets Del McCoury meets Scott Joplin meets Steeleye Span might begin to describe the sound of the Shelby Bottom String Band but still doesn’t do it justice because of the uniqueness of the lyrical content.”   Sharon Cobb, The Examiner

"Whether waxing nostalgic about bygone days or lamenting the contemporary scourge of mountain top removal, the new-fashioned old-time music of the Shelby Bottom String Band is awash in humanity, humor and insight – all of it wrapped in a warm pocket of nimble downhome rhythms. East Nashville’s best-kept, most danceable secret." Bill Friskics-Warren, contributor to New York Times and Washington Post

"Near to East Nashville's Shelby Bottoms is a dense intersection called Five Points. Metaphorically, the SBSB stands at its own Five Points, where humor and history, generosity of spirt, musical skill and an inimitable groove all meet--and that's a mighty good place to be."  Jon Weisberger, critic for Nashville Scene

Michael August (guitar & lead vocals) is host of the Acoustic Guitar Revival on Nashville radio station, WRFN, a songwriter and finger style guitarist who has performed in clubs in Nashville and

Bob Mason (mandolin & vocals) founding member of Piper Road Spring Band, founded in 1970s and still together. They have recorded a series of albums and toured the USA widely. He is a
prolific songwriter.

Barry Tashian (percussion & vocals) founded 60s rock band The Remains which toured 14 cities as opening act for the Beatles in 1966. He oured and recorded with Emmylou Harris for 10 years as guitarist/duet singer, and formed Barry and Holly Tashian duo in 1988, recorded 8 albums and toured worldwide, received the INDIE Award in 1995. 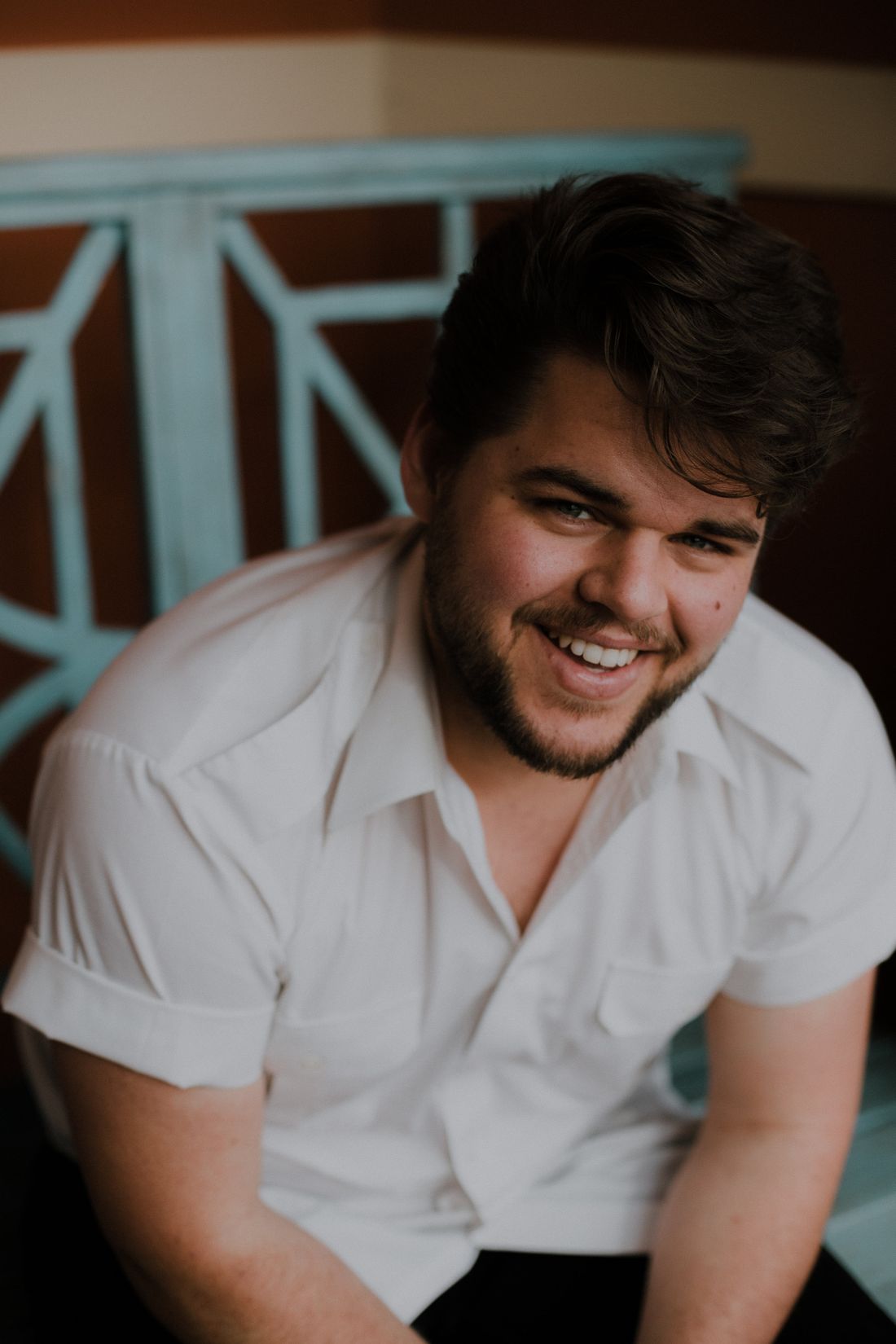 Michael Coast is a singer/songwriter from Nashville, Tennessee.  Active since 2011, He’s spent years honing his voice from bluegrass and folk, to soul and rock sounds. Coast is an accomplished performer and he has been described as a ‘natural voice to reckon with, booming and capable of transforming into shouts, quivers, and all manner of inflections’. He has shared the stage with acclaimed artists such as Rayland Baxter, Lera Lynn, Tommy Emmanuel, Langhorne Slim, and Margo Price. He frequently performs Sunday Night Writer's Night at the world-famous Bluebird Cafe in Nashville. Michael is currently developing a band, recording new music, and booking shows around the Eastern United States. 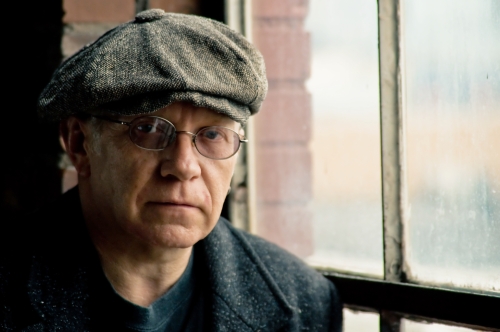 Kenny Mullins grew up in a musical family and has been playing professionally for over 30 years.  He has toured the US, and Europe and has been an independent recording artist since 1978 when he self-released his first album (on vinyl), “The Tennessee Tapes”.  Since then, he has produced and released numerous original recordings in a variety of formats and styles.

His 1982 single, “Sherry”—a pop-country ballad about a lesbian, was years ahead of its time in addressing the issue of gay love.  This was quite against the trend of the day, particularly coming from a male.

In 1990, Kenny formed A.U.T.E.H (Artists United to End Homelessness) and put together a compilation recording of 22 midcoast bands.  With Kenny’s song, “It Could’ve Been Me”, as the title track, all the profits and proceeds from affiliated concerts helped raise money for and awareness about the nations homeless.

In 1992, Kenny relocated to Nashville, Tennessee.  In 1993, he began recording what would ultimately become the 1998 CD, “Fight/It Could’ve Been Me”.  It was during this period that Kenny’s life spun out of control.  A drug and alcohol user since his teens, he now found himself a serious abuser and addict.  Over the next decade, Kenny would go through several failed relationships, lose his entire family and dozens of close friends, have pre-cancer surgery twice, be hospitalised for depression, be temporarily homeless, give up street drugs and alcohol while becoming addicted to doctors prescription ‘medicine’, survive a tornado, injure his hands in a car wreck and watch his once thriving career come to a complete halt … among other things.

During all these troubling times, Kenny never stopped writing and occasionally performed riveting sets of material by himself and many of the great artists of the last century.  He also kept recording with sessions being held in ’94, ’96 and ’98.

In the summer of 1998, Kenny’s CD “It Could’ve Been Me/Fight”, was released helping, once again, to raise money for and awareness about the nations homeless.

In 2001, Kenny finally kicked his decades-long drug and alcohol addiction and re-emerged with improved health, a new attitude and a new CD.  “Skyline Nashville” is a compelling collection of original songs steeped in country, swing, bluegrass, folk, gospel and Celtic styles.  Someone said it was “like Willie Nelson meets Leonard Cohen, Emmylou Harris and The Chieftains at Earl Scruggs house”.

In 2002, Kenny’s spiritual quest led him to Isha Yoga—a scientific program of breathing practices and postures and Shoonya Meditation.  Brought to America by Sadhguru Jaggi Vasudev, an enlightened master from India, Isha yoga program has dramatically enriched and impacted Kenny’s life.  He quit smoking cigarettes after 30 years and is now a vegetarian.  “The improvements to my health and my spirit are nothing short of miraculous,” Kenny says.  Their web address is www.Ishafoundation.org

Today, Kenny has returned, once again, to his art and has re-embraced his role as an activist with his most recent CD, “Sister Oh Sister” and performances that support, among others, Tennessee Coalition to Abolish State Killing, The Nashville Rescue Mission, Amnesty International, The Magdalene Project Women’s Program and Earthmatters and organizations that work with victims of domestic violence, and support women and native peoples' rights.