Williamson County Democrats and Friends
Let's get together Monday, October 1st at 6:30pm for Food, Drinks and Music

MOJO Magazine proclaimed Byrd’s Auto Parts, Jon Byrd’s 2007 debut solo recording, “Americana the way it was and the way it should be.” MAVERICK Magazine declared Byrd’s 2011 follow-up Down At The Well Of Wishes “spellbinding, showcasing a true genius at work.” That same year Jon was a featured vocalist on the Red Beet Records Grammy-nominated I Love: Tom T. Hall’s Songs Of Fox Hollow, alongside Patty Griffin, Buddy Miller, Bobby Bare, and Tom T himself. R2 (Rock and Reel) Magazine described Jon’s next solo recording ROUTE 41 as “underpinned by sublime Country picking… Byrd’s warm, effortless vocals touch the emotional core of all he sings.” Another critic noted “traditional country performer, singer-songwriter Jon Byrd is one of the finest exponents of spit and sawdust country coming out of the East Nashville’s scene and beyond. … Hard core (and Americana) country fans need to check this guy out.”

Born in Birmingham, Alabama Jon Byrd grew up among the piney woods of south Alabama before becoming pivotal in Atlanta’s storied Redneck Underground music scene. Always a featured sideman, Jon’s first solo recording didn’t come along until after migrating to Music City over 15 years ago. DIRTY OL’ RIVER is Jon’s fourth solo album and harkens back to his first Auto Parts record: up-tempo country songs, lots of pedal steel, and some really strong country covers. Jon’s originals “I Get Lost” and “If Texas Is So Great” will be heard for years to come. 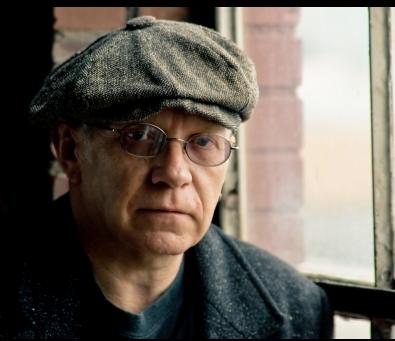 Kenny Mullins grew up in a musical family and has been playing professionally for over 30 years.  He has toured the US, and Europe and has been an independent recording artist since 1978 when he self-released his first album (on vinyl),

Kenny Mullins grew up in a musical family and has been playing professionally for over 30 years.  He has toured the US, and Europe and has been an independent recording artist since 1978 when he self-released his first album (on vinyl), “The Tennessee Tapes”.  Since then, he has produced and released numerous original recordingsin a variety of formats and styles.

His 1982 single, “Sherry”—a pop-country ballad about a lesbian, was years ahead of its time in addressing the issue of gay love.  This was quite against the trend of the day, particularly coming from a male

In 2001, Mullins issued “Skyline Nashville”, a compelling collection of original songs  steeped in country, swing, bluegrass, folk, gospel and Celtic styles.  Someone said it was “like Willie Nelson meets Leonard Cohen, Emmylou Harris and The Chieftains at Earl Scruggs house”.

Today, Mullins gives performances that support, among others, Tennessee Coalition to Abolish State Killing, The Nashville Rescue Mission, Amnesty International, The Magdalene Project Women’s Program and Earthmatters and organizations that work with victims of domestic violence, and support women and native peoples' rights