Join us this Monday: 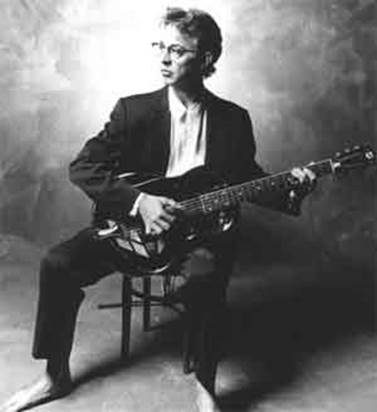 Danny Flowers may be best known for having penned classic hits for other artists, but as a solo artist his bluesy blend of raw emotion combined with a heartfelt yearning will speak to your very soul. Danny’s instrumentality has also earned him a high level of notoriety in the industry. Eric Clapton said “I think his music is tremendous. I consider Danny a good friend and a great musician in the truest, old school country-rock style. There is just not enough of this kind of stuff around anymore.”

Flower’s writing credits span several genres and his flexibility as a guitarist and wordsmith is well-known. He penned “Tulsa Time” for Eric Clapton, which Don Williams also cut. Williams then had this with “Back In My Younger Days,” “Senorita,” and “To Be Your Man.” Emmylou Harris recorded “Before Believing” as the title cut for her Pieces of the Sky album. “Gulf Coast Highway” was recorded by Emmylou and Willie Nelson as well as by Nanci Griffith and Evangeline. The list goes on. With all this under his belt, Flowers still manages to maintain the poise and humility of a Zen master while tossing off riffs with incredible taste and feeling reminiscent of Ry Cooder’s gospel-like grooves with a slide guitar virtuosity and delicate upper-register vocal vibratos of David Lindley.  More:  https://www.facebook.com/SoulfulDannyFlowers 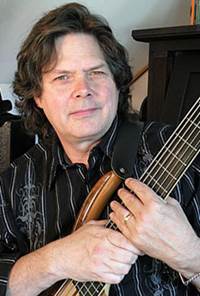 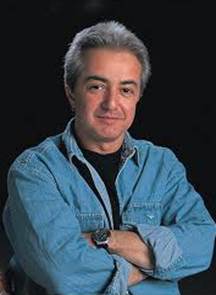 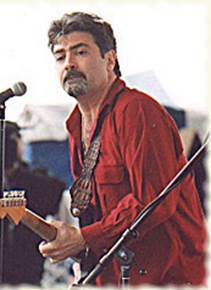 Roy Vogt is a professional electric bass and upright bass player who took up the instrument in Texas at 14, inspired by Jack Bruce, Jack Casady, Chris Hillman and Noel Redding. His first mentor, Dallas bassist Ed Garcia, turned him onto the playing of Ray Brown and Stanley Clarke and detoured the young bassist into jazz and fusion. Vogt worked in a variety of Rock, Funk and Country bands in the Dallas-Ft. Worth area until he joined the Texas fusion band Aurora.

This led to gigs opening for Larry Coryell and the LA Express and allowed Vogt to meet and learn from Stanley Clarke, Miroslav Vitous, and Max Bennett. The music of the Dixie Dregs, Mark Egan with Pat Metheny, and Jaco Pastorius led Vogt to the University of Miami Jazz program, where he received the first Masters in Electric Bass Performance awarded in the US in 1980.

In 1980, Vogt moved to Nashville, Tennessee where he has worked with the Allman Brothers Band guitarist Dickey Betts, country guitarist Jerry Reed, and a host of major label Rock, Country, Contemporary Christian, and Pop acts. He was the staff bassist on Channel 4 magazine (WSMV-NBC) from 1983-1987 and has taught at Belmont University since 1983. He is also involved in the new Nashville Bass Institute.

He also transcribed the Bass Extremes book with the duets of Victor Wooten and Steve Bailey. He has also taught many Nashville-based bassists such as Justin Smith, Mark Golden, Alan O.W. Barnes (though Barnes has since relocated to Atlanta), Rich Brinsfield, Matthew Haussler, Chris Dunn and many others.& lead vocals) is the Host of the Acoustic Guitar Revival and Strings and Things weekly radio show on WRFN. He is an accomplished finger style guitar player and a songwriter.

Jack Bruno is the drummer who probably played for the largest audiences in the world ever.

He plays for Tina Turner since 1981 and is member of Joe Cocker's Band. At the "Rock in Rio" Show (Tina Turner - 1988 ) there were 190'000 fans. On the Woodstock Appearance of Joe Cocker 1994 300'000 people attended the concert.Jack can be heard on all albums of Tina Turner and worked with Elton John, Cher, LeAnn Rimes and John Miles. He also toured with Tina Turner through 2009 and played her Arnhem Concert.

A Cleveland native, Sharp toured for several years as the guitarist for Hall and Oates in the mid-1970s. After his touring stint with the popular duo, Sharp joined Bob Welch, whose French Kiss was one of the best-selling rock albums in the world. Mick Fleetwood was Welch's manager at the time, and the two found themselves drawn to Sharp for the job. "When Mick and I spied his lithe and lissome form, and heard his cascading flurry of honeyed notes, we 'fell in love,' and hired him on the spot," Welch said. Sharp worked with Welch on several studio projects, including two albums, The Other One and Three Hearts. Once Fleetwood Mac's 10-month world tour for Tusk ended in September 1980, Mick Fleetwood headed to Ghana, Africa, and brought along Sharp and another good friend, George Hawkins, to record the drummer's first solo album, The Visitor. The album broke new ground with its infusion of African polyrhythms into a bedrock of blues, rock and pop.

In 1984, Sharp appeared on and co-wrote the songs on the WB release of Fleetwood Mac’s Christine McVie including the top 10 hit “Got a Hold On Me”.  1986 brought his first solo LP release on MCA “Who Am I”.  His touring and recording work also includes sessions and stints with Bonnie Raitt, Randy Meisner, Richard Marx, David Clayton Thomas, Carlene Carter and French Icon Eddy Mitchell. His latest commercial release is  “Walking All The Way” (WannaPlay).  Sharp also toured and recorded with rock icon Rod Stewart from 1989 to the mid-1990s, as well as with Delbert McClinton in recent years.

Join us for some great music, food, drink and fellowship with your like-minded pals.

Paid for by the Williamson County Democratic Party. Not authorized by any candidate or candidate's committee. Tracy Halloran, Treasurer.