Williamson County Democrats and Friends
Let's get together Monday, November 6th at 6:30pm for Food, Drinks and Music 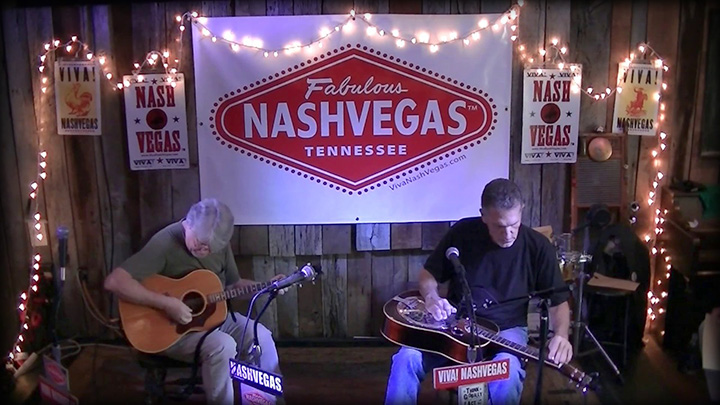 Al Goll has been a dedicated dobroist for 40+ years, adept at many different styles of music. He has performed from coast to coast in the  U.S. and in Europe and Eastern Europe. He has performed with Emmylou Harris, Janie Fricke, Lynn Anderson, Sylvia, and many others.

George Pearce is a multi-instrumentalist. guitar, baritone guitar ,tenor guitar,mandolin, mandola, octave mandolin,mandocello, and uke. George has played and or recorded with  Merle Haggard,Townes Van Zandt, Steve Earl,and Tim Drummond. Together the two make any event and any genre special. 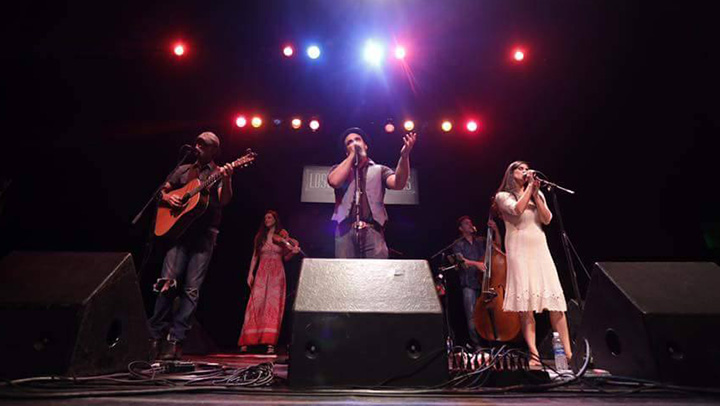 "We've been doing music over 20 years," says Aaron Carmona, one of the three core sibling members of raucous Nashville-based Americana band The Carmonas. "We tried our hands at various solo things or things with other friends. We used to do cover bands on lower Broadway and play all the tourist venues and then we said, 'Let's just write our own music!' What came out is what we have now — this folky, bluegrass, Americana vibe."
Carmona says the siblings grew up traveling between California and North Carolina, because their father was in the Army and took different posts. It helped the siblings stick together.
"We call it the golden age of Carmonas," says Aaron. "Probably about every year and a half we'd pick up and move. We were all home-schooled and super-close. We've got that Spanish loyalty thing going on, too."
Aaron and Chad had similar musical tastes.
"We listened to The Beatles and stuff. We have older brothers who aren't in the band who introduced us to Jimi Hendrix and Creedence. When we were taking these road trips we were introduced to Bob Seger and The Eagles. We were raised Christian, so we had this gospel element coming in as well."
It was a revelation when Aaron found his parents' cassette of Led Zeppelin's fourth album. Carmona says he would go to sleep listening to it.
"I remember the combination of me sleeping halfway being halfway ecstatic about what was coming into my ears. It was almost like I was half opening a door to my subconscious without knowing it. I had the same thing with Queen, even Boston!"
Carmona laughs.
In separate bedrooms, Aaron and Chad could hear each other practicing their future rock star moves — Aaron on vocals and Chad on guitar.
Aaron also started writing poetry and songs.
"Some of my motivation was to impress little girl crushes. The first time I ever sang publicly was over the phone to a girl I kind of had a crush on. I think she liked it, but we never got third base, so she didn't like that much!"
Alison started singing in church and moved to Nashville to start a singer-songwriter country music career. When Aaron and Chad joined her, they found a middle ground in their styles.
Aaron says the siblings might have occasional disagreements, but nothing like the rancor of a lot of family acts.
"We know that love and family are greater than anything. That probably sounded like Care Bears sort of response. ... Little things like facial expressions that someone makes will make us laugh at each other. When I'm doing what the three of us all love and want to do on a bigger scale one day, it just feels right and feels good!"
From article in Knoxville News-Sentinel by Wayne Bledsoe
http://archive.knoxnews.com/entertainment/music/nashvilles-the-carmonas-are-almost-criminally-fun-2c749045-7810-4d99-e053-0100007f0641-370116821.html 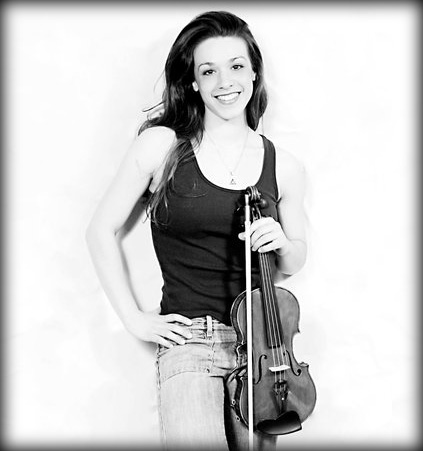 Known for her eclectic musical repertoire, contagious smile, and never ending enthusiasm, violinist Amberly Rosen has been playing violin since the age of three and performing since she was six. She has studied and performed many styles of music including classical, old time fiddle, bluegrass, Celtic, as well as traditional folk dance music from countries in the Balkans, Scandinavian, Mediterranean, and Trans-Carpathian styles. Amberly loves to perform and currently plays fiddle, mandolin, guitar, and sings background vocals for various artists and bands.  Her energy and desire to share these musical traditions with audiences has taken her across the country and beyond, to Greece, Bulgaria, and Japan. Since graduating from Berklee College of Music in 2008 Amberly has been seen in many musicals featuring the music of Johnny Cash, Patsy Cline, and Hank William Sr. She has performed as a guest with Ivan Paskalev in Plovdiv, Bulgaria, has appeared with Dragi Spasovski in Boston, MA and San Francisco, CA, Black Sea Surf and Kolo Festival Mega Band in San Francisco, CA, in the groups Phat Strad and New Country Strings in Las Vegas, NV, in the groups Sonic Roots, and Never Second Fiddle in Hershey, PA, and as one half of ‘The Rosen Sister’s" with her sister, Ariana. Amberly currently plays with the Carmonas as well as other bands.
WHEN
November 06, 2017 at 6:30pm - 10pm
WHERE
Kimbro's Pickin Parlor
214 S Margin St
Franklin, TN 37064
United States
Google map and directions