Stand Together at the Special Session 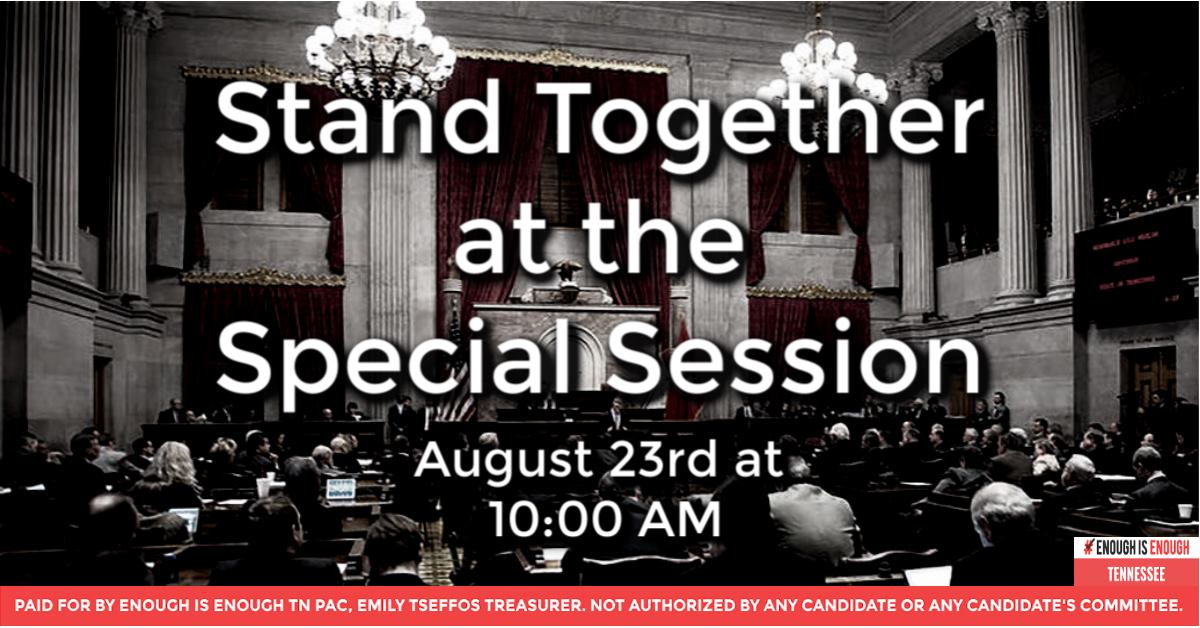 Governor Lee has called a Special Session of the TN Legislature for August 23rd at 10:00 AM. We will be there with our 8.5x11 inch signs to remind them that they have business to attend to after they have officially replaced Glen Casada. That business is, of course, David Byrd. Join us to fill the gallery and let the legislators know that we are not going away until David Byrd does.

While we will be there for the possible expulsion vote on David Byrd, there is another reason for us all to be there. It is vitally important that the people of Tennessee are there on Cameron Sexton's first day on the job to remind him whose House he is in. Glen Casada's reign of terror may be coming to an end, but we have to stay vigilant to ensure that the next legislative session isn't more of the same.

We must all come together. There are so many more of us than there are of them. We must demand accountability from our elected officials. No more racism, misogyny, corruption, religious or ethnic persecution, anti-LGBT+ rhetoric, hatred, or predators in the People's House. We will not tolerate it any longer. Meet us outside of the Capitol at 9:30. Let's give them a show of power from the entire activist community. We would be honored if you will join us.

Note: Length of event can not be predicted.