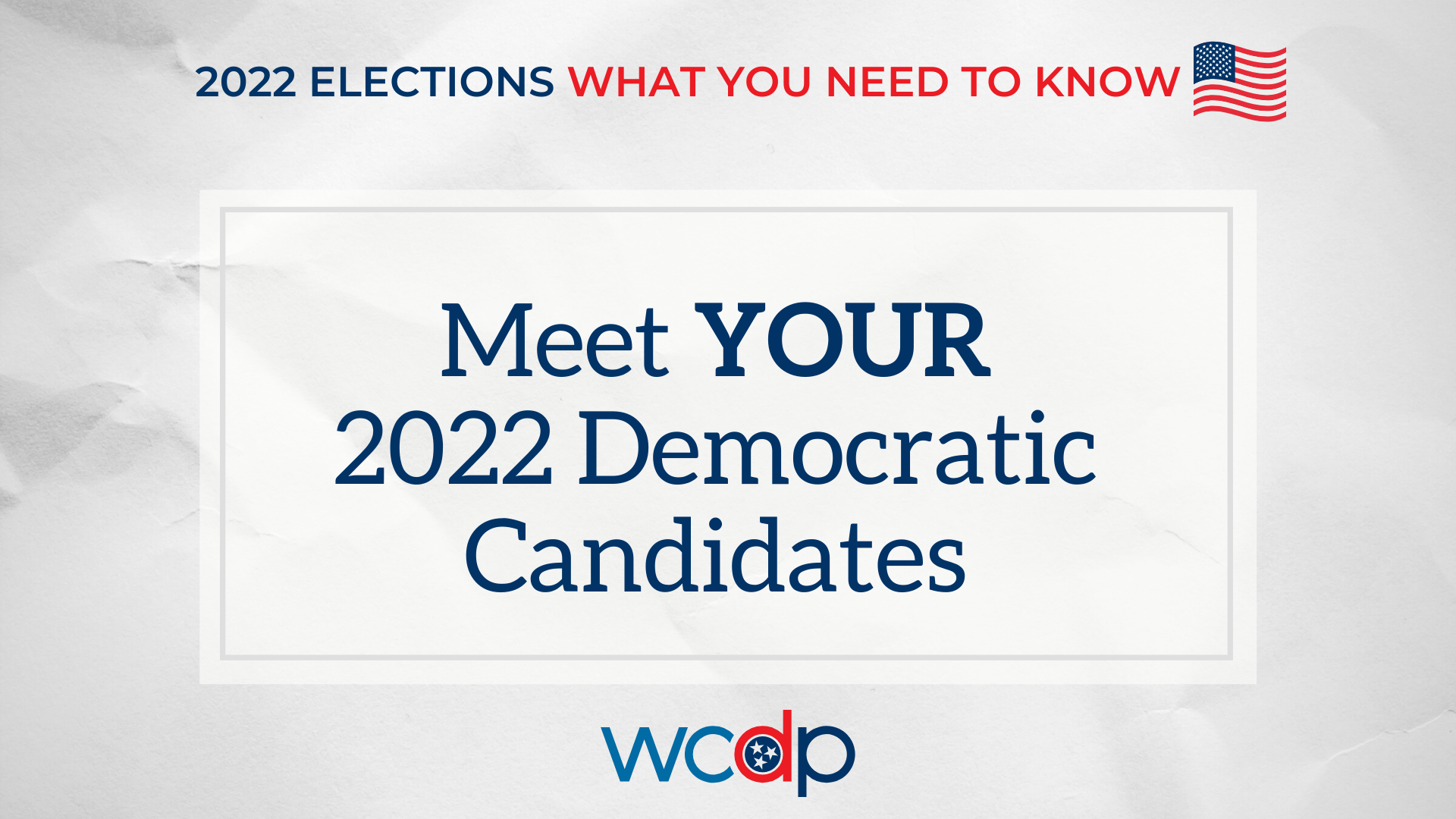 If you weren't able to attend our Meet Your Candidates event we held on April 11th you can view the recording on the Williamson County YouTube channel. We had a great turnout with engaged voters asking important questions and were honored to have the Chair of the Tennessee Democratic Party, Hendrell Remus, as a special guest speaker. Two of the Democratic gubernatorial candidates, Dr. Jason Martin and J.B. Smiley Jr., attended as well as Congressional candidate who is running for House of Representatives in District 7. Senator Heidi Campbell, who is running for US House of Representatives in District 5, was held up in TN State Senate hearings but sent a statement. We look forward to holding Gubernatorial and Congressional forums later this summer.

WCDP Chair Dr. Jenn Foley highlighted the county level candidates in her opening address: "I want to especially point out our slate of Democrats running for county office, because this is one of the largest slates of Democrats we’ve ever had in Williamson County, and for some seats, it is the first time a Democratic candidate has been on the ballot, so we are making progress here in Williamson County. As I have gotten to know the candidates over the past few months, I’ve really been struck by the variety of life and professional experiences they all have, and I think they are a true reflection of how diverse Williamson County truly is.”

The Williamson Herald and The Tennesseean both covered the event. We are grateful to Gina Starling Gunn, former Brentwood City Commission candidates, for moderating the event. Check out the 2022 slate of Democratic candidates here.