Join Us to learn about running for office in 2022! 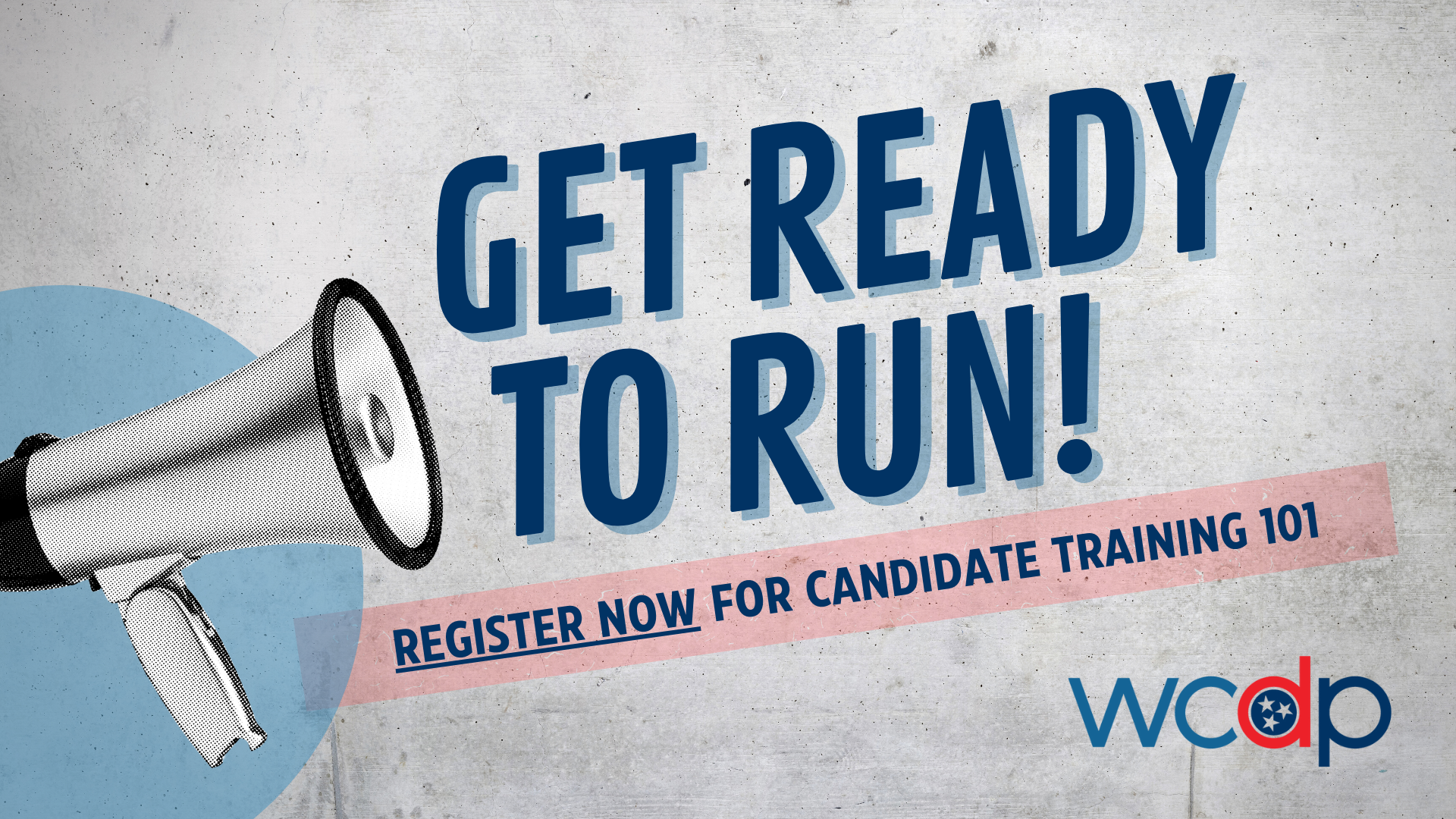 As a registered Tennessee State and Local Political Action Committee (PAC), the WCDP is ready to financially support candidates in partisan races as well as provide training resources and volunteers.  Show up with your questions, comments and potential candidates to help us change the political narrative here in Williamson County!