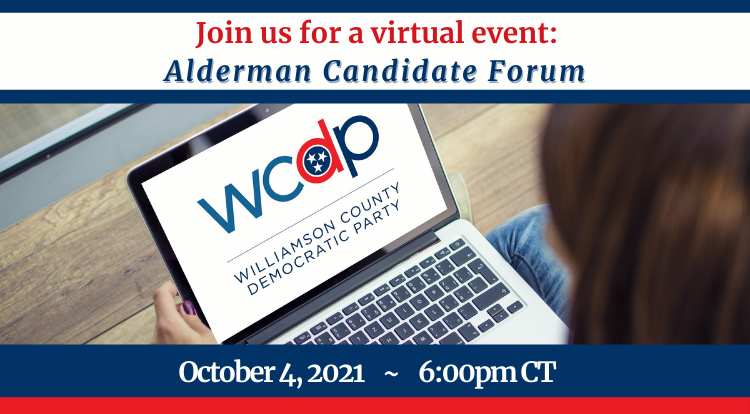 On October 4th we hosted a Virtual Alderman Candidate Forum and 8 of the 14 candidates running for the four ward seats and one at-large position on the Franklin Board of Mayor & Alderman participated in the event. They included Ward 2 candidates Angela Hubbard and Michael Vaughn, Ward 3 candidates Jason Potts and Michelle Sutton, Ward 4 candidate Elizabeth Wanczak, and at-large candidates Gabrielle Hanson, John Haynes and Bhavani Kumar Muvvala. Candidates who could not attend were given the opportunity to provide a written statement that was read by the moderator. If you missed the forum you can watch the recording on our YouTube channel

What does an alderman do? The Franklin Board of Mayor and Aldermen (BOMA) is made up of nine people elected to make policy decisions for the Franklin City government. Each of the eight Aldermen serves as an elected representative of the members of their city ward. Aldermen also serve on committees as appointed by the Mayor.

Voters can find out what ward they live in and the complete list of candidates for each open seat by visiting the City of Franklin Alderman election website. Election day is Tuesday, October 26, and early voting runs October 6-21.

Please check your e-mail for a link to activate your account.