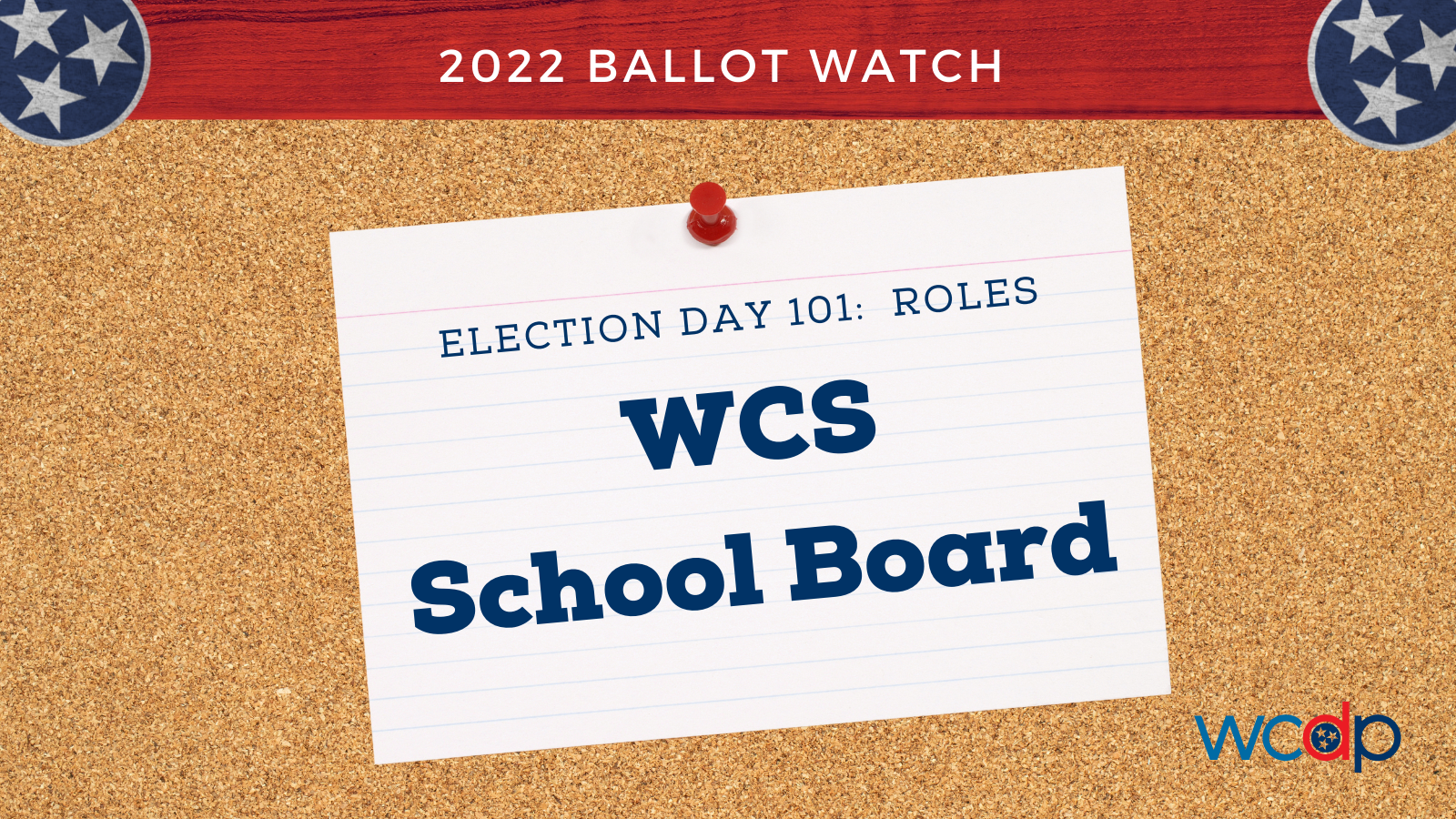 The Williamson County School Board consists of one member elected from each of the 12 voting districts to serve a four-year term of office. The Board meets on a monthly basis with additional policy meetings and work sessions. These meetings focus on various topics, including funding and budgets, policies and projects within the district.